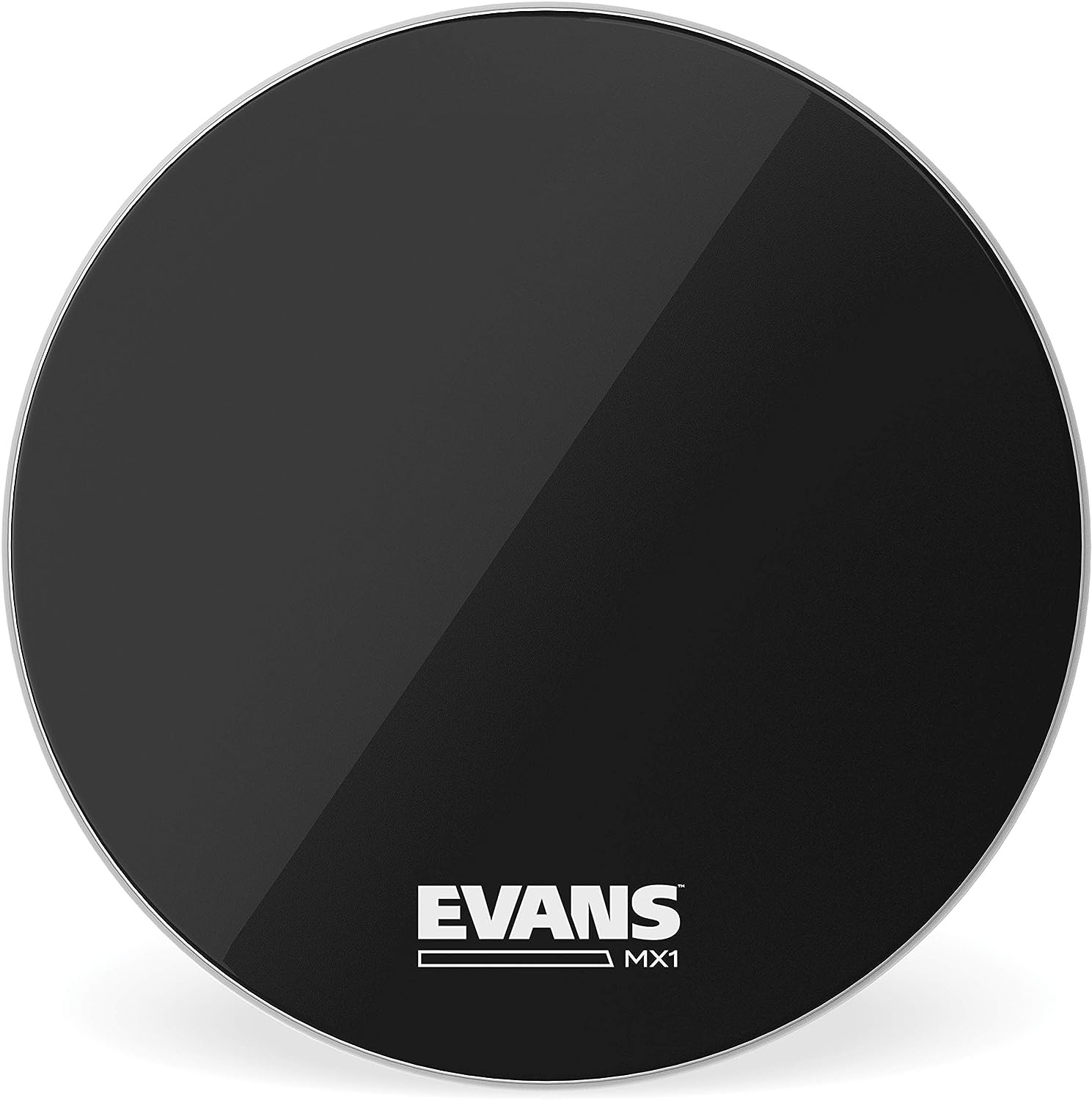 The 10mil single-ply MX1 Black Marching Bass head produces a bright tone and is equipped with a unique tone damping system that enhances articulation and focuses low-end. A series of felt damping arcs can be manipulated for indoor or outdoor marching.

Evans MX Marching Bass series includes a unique tone damping system that can be manipulated by applying individual felt arcs (included) to enhance articulation and focus low-end for both indoor and outdoor marching.

For over 40 years, Evans has been a pioneer of drum head manufacturing and design. Known for innovative designs such as EMAD, EC2S, and the Hydraulic series, Evans drum heads are made in the USA in a state of the art manufacturing facility. Acquired in 1996 by DâAddario and Company, the global leader in musical instrument accessories, the Evans brand is synonymous with quality and consistency.