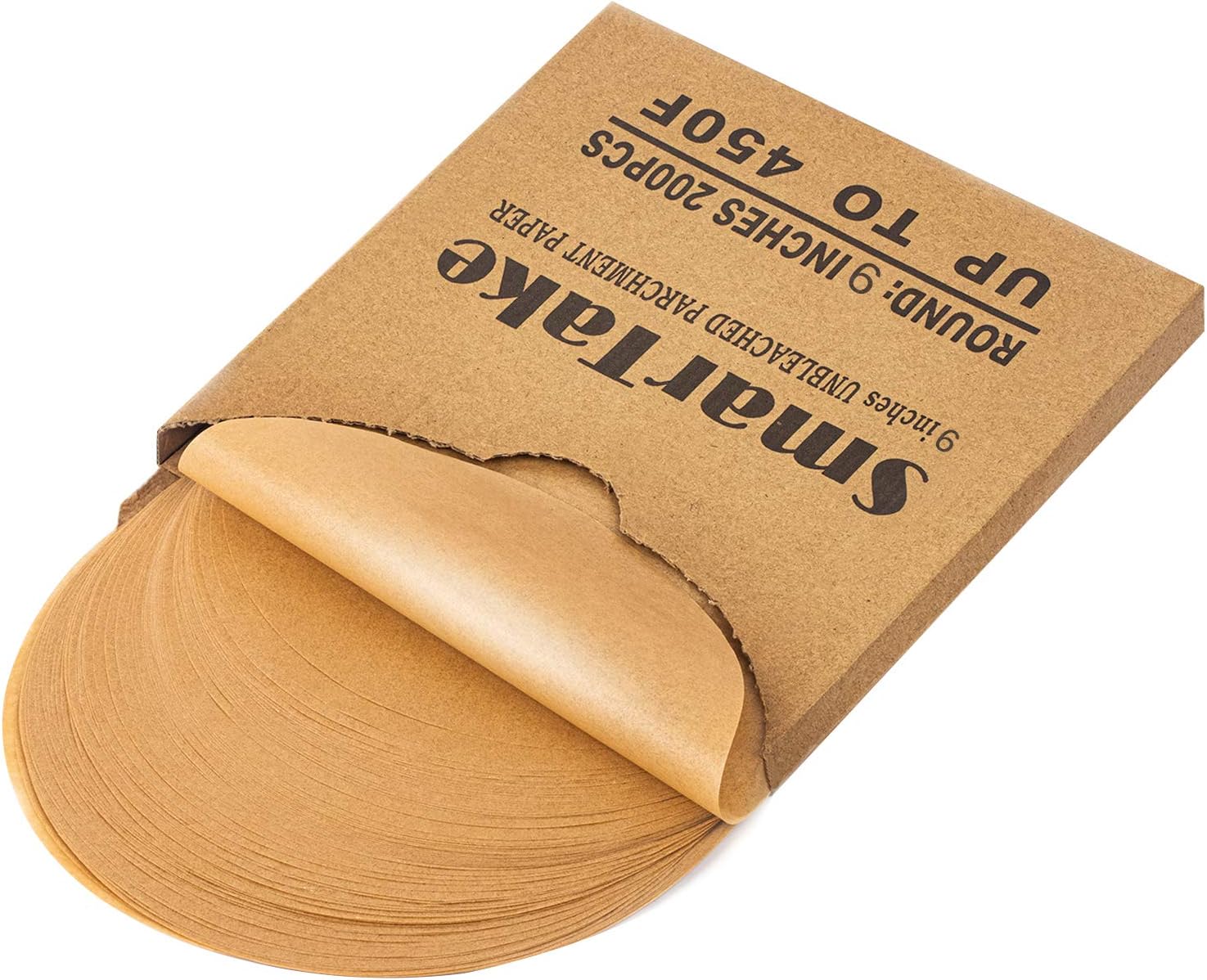 Color: Unbleached
Make your Baking Experience More Enjoyable
Precut parchment paper will not curl anymore and reduce the work of measuring and cutting paper, non-stick coating make your baking bread or cake or anything else have good-looking.

Features:
Convenient: Pre-cut parchment lay flat right on the sheet, making it faster and easier to get started with your baking. Sheets don't curl and fit most standard baking sheets perfectly."br"Non-Toxic and Unbleached: BakerÃ¢ÂÂs Signature parchment sheets are eco-friendly and unbleached. Made from 100% natural wood pulp with an addition of silicone coating. "br"Non-Stick: Cakes will not stick on the parchment paper, no need for extra oil, grease or sprays.